Charles Parks To All Instructors 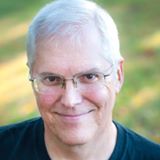 Charles (Ed) Parks has a bachelor's degree in aerospace engineering from Georgia Tech, and served as a U.S. Naval Flight officer in F-14 Tomcats. After his military career, he earned a dual teaching certificate in both math and social science from ODU. He then worked in public schools for 10 years, developing interesting and creative ways to motivate inner city students to learn higher math. He also worked for Sylvan Learning Centers for many years, moving from part-time teaching to the Center Director. Since 2009, he has been focusing on private tutoring. He tutors students in math, science, social studies, economics, civics, and history. He says that "math is just as creative as poetry. Both have form and restrictions that need to be followed, but within that framework you can be creative."