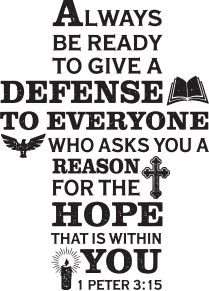 Leaders in Oratory Group of Indiana for Christ

The Leaders in Oratory Group of Indiana for Christ (LOGIC) was formed to fill a need in the central Indiana area for speech and debate coaching and instruction for Christian homeschooling families.

In 2007-2008, LOGIC operated independently as a cooperative of the member families. In 2008-2009, LOGIC became fully affiliated with Christian Communicators of America which has been expanding rapidly since 2004.

The LOGIC coaches and staff are not professionals but only home schooling parents who have volunteered for this endeavor. Additional volunteers are needed in order to help the club function efficiently.

LOGIC firmly believes in the intrinsic value of speech, debate and argumentation skills for the purpose of defending the Gospel of Jesus Christ and enriching the lives of our students. We uphold home based schooling as an ideal arrangement for parents to ensure the highest quality of instruction and to maintain control over the content of their children’s' education, and we see ourselves as an extension of the home school.