Empowering Parents to take the lead in their children's education

Now that the origins and dangers of the Common Core scheme have been revealed, people are beginning to fight back on behalf of their children…

1. Common Core State Standards (CCSS), as an education reform policy, does not satisfy the four pillars of education reform:  1) Accountability 2) More State and Local Control 3) Focusing resources on proven educational methods and 4) Expanded choices for parents. Accountability for implementing the Common Core Standards (that were not properly piloted or vetted) unfairly rests predominantly, and without proper balance, in the hands of the classroom teacher.  State of Florida educators were not properly trained in the standards prior to rollout and implementation; State of Florida educators were not asked to provide input during the creation and development of the standards; and State of Florida educators are being forced to implement the Standards without allowances for feedback or changes.

State and local control of education is further removed by Common Core as it cements additional layers of bureaucracy before educational process improvements and timely changes to individual school district student needs can be implemented. Common Core is not focused on proven educational methods as it is not the return to classical education and, in fact, resembles and is more closely aligned with the failed outcome-based education policy. School choice is not an element of Common Core as it has been said on more than one occasion by Florida education legislators and policy experts –  Common Core will not cause the proliferation of charter schools, et al. In addition, Common Core has in practicum moved parents further away from the educational process – student learning and caring involvement in their child’s academic needs/strengths.  read more…Common Core: 95 Reasons why it is bad Public Policy

Dr. Duke Pesta is a phenomenal Speaker against Common Core and FreedomProject Education Academic Director, and with over 200 talks in over 32 States, discussing the current state of fight, identify new threats–including the coming Science and History standards and update efforts to remove Common Core for state to state.   Dr. Pesta offer some great ways to continue pushing back against this cynical ploy to manipulate the hearts and minds of our children…Learn more @FPEUSA.org 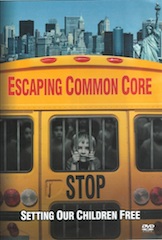 Also not CCSS directly but discussing education in America: https://www.fpeusa.org/about-fpe/lectures/who-owns-your-children