Michael Oachs To All Instructors 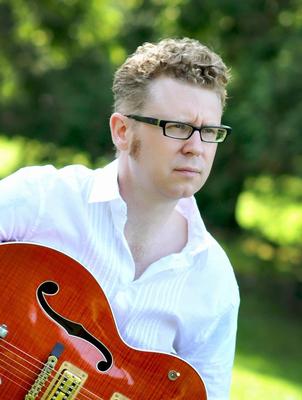 If you're looking for a friendly, skilled, patient, and experienced guitar teacher - a teacher that tailors the approach to help you reach your goals faster - look no further than Michael Oachs. Lessons are well balanced and fun, with the student's needs a priority. Areas of focus include chord studies, tablature, reading standard notation, music theory, performance, songwriting, singing with guitar, reading 'fake' music, guitar gear, and much more. A good deal of Michael's material for his students is self-produced and he is currently in the process of publishing his own series of guitar method books. His styles of expertise include Blues, Rock, Pop, Country, R&B/Funk, Rockabilly, and Slide Guitar.

Outside of being an in-demand guitar teacher, Michael 'Otis' Oachs is a highly skilled lead guitarist and studio musician. He's performed in countless local ensembles, most notably the Rock quartet The Skydogs and the Country Soul band The Copperheads, completing a total of 4 full-length independently-released CDs. His current group, The Mirabelles, combines his many talents with vocalist and songwriter, Brandy Runyan. Their album, Turbulence, is a Pop/Rock tour de force winning the 2007 Women In Music Minnesota Songwriting Competition.

Michael earned his Bachelor of Arts in Music Education from St. Olaf College in 1989 and has been teaching at Schmitt Music since 1991.